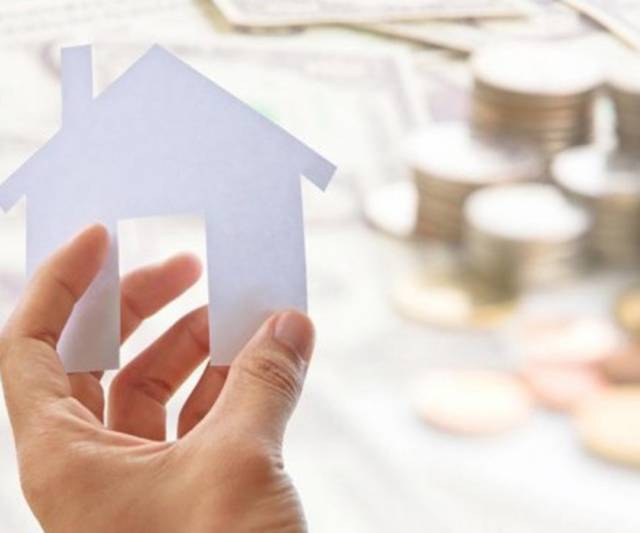 A new report called Unaccommodating, finds someone earning minimum wage would only be able to afford rent for a one-bedroom apartment in nine per cent of 795 neighbourhoods in Canadian cities in the study, including Belleville.

The analysis from the Canadian Centre for Policy Alternatives is raising questions about a promised federal rent supplement for low-income renters.

According to the report, published Thursday increasing housing costs impact one-third of all Canadians and the author stated while the supplement may help in the short term while the country builds new rental units, it is unlikely to close the affordability gap.

The report calculates rental wages by breaking down the hourly wage that full-time minimum wage workers, including Belleville would need to earn in order to afford rent for an average one-or two-bedroom apartment without spending more than 30 per cent of their earnings.  It also calculates how many hours minimum wage earners would need to work to afford an average apartment.

Minimum wage earners in most major cities, including Belleville would need to work much longer hours in order to rent an average two-bedroom unit.

According to the report, someone living in the Friendly City would need to earn $20/hr to afford a two bedroom apartment or work 56 hours per week at the current $14/hr minimum wage to afford those same accommodations.

Speaking to InQuinte Thursday, Bay of Quinte MP Neil Ellis said the cost of real estate in Belleville has gone up dramatically in recent years and the federal government is looking at ways to combat it.

"We put close to $7 million in affordable housing that's being built right now, in the last four years, but it's still not enough," he explained. "Our government is trying to tackle homelessness and we've got a plan. Hopefully, that plan will help some people in need in the riding."

The plan is the federal housing strategy that puts around $50 billion dollars into housing over the next 10 years, which will benefit Belleville down the road.

"Now, it's a matter of getting those units built. We've had that money brought to Belleville and units are being built on Sidney Street right now and in the riding. Again, with the homelessness and poverty situation, it's going to take a while to get this done."

The report uses rental data from the Canada Mortgage and Housing Corporation (CMHC) and recommends increasing the amount of affordable housing units as the best way to address rental affordability something Belleville and Prince Edward County have begun brainstorming solutions on solving.  According to 2017 CMHC data, the average monthly apartment rental costs in Hastings County are as follows: Bachelor $671; 1 bedroom $844; 2 bedroom $953; 3+ bedroom $1,119.

In March, the City of Belleville, held its first two-day housing summit with invested stakeholders at the table.

Cutting development charges and fast tracking certain projects were the first recommendations the city put forward to staff to try and kick start affordable housing builds in the city.

Mayor Mitch Panciuk said after the event that council had cleared a “big hurdle” by giving staff several recommendations that will move the city forward in addressing its housing crisis.

In Prince Edward County, the municipality has also determined there is a dire need for affordable housing.  The County has taken steps to work with groups like LoveSong Seniors Housing to transform the former Pinecrest Public School into affordable units along with formulate clear regulations for short-term accommodation rentals.

Of the cities ranked in Canada, Vancouver, Toronto and Victoria are the most out of reach for those earning minimum wage.

Minimum wage workers in Vancouver would need to make the highest rental wage, $35.43 an hour to afford a two-bedroom apartment. In Toronto, $33.70 an hour.

Planning opens the door for seniors’ housing complex in Marmora

A new multi-million dollar seniors’ residence in Marmora and Lake has been given the go ahead from the municipality’s planning committee.

“We feel we addressed the public safety and parking concerns and can now formalize our building plans and budgets and start to get shovels in the ground before winter,” he said.

He added their existing seniors’ residence, The Bleecker, is full and there is a waiting list so “they’re anxious to get started” on this building.

Provost said he was also pleased with council’s decision after meeting all traffic, parking and safety concerns brought forward by the public to the outgoing council November 6, 2018. The re-zoning application for 25 and 29 Forsyth Street included entry to the new residence from Madoc Street with cantilevered parking under the building.

The next step involves the site plan approval for the 4-storey, 18-suite Lummiss Residence planned for Forsyth Street in Marmora.  It will also provide two commercial storefronts to the downtown core.

Provost was born and raised in Marmora and says he is proud to bring a project of this size to the community.

“The old buildings that we are planning to replace are structurally not sound and are beyond rescue,” he said.

The Lummiss Residence will be an Active Senior’s Residence geared to 65+ and will offer tenants spacious 1 & 2 bedroom suites including all new appliances, age-in-place amenities such as grab rails, curbless showers, larger hallways along with the convenience of a stretcher-sized elevator.

The developer will also breathe new life into a long-time vacant piece of property in Belleville.

'The Pinnacle,'  a 110 unit condo will stand where the former Quinte Hotel in Belleville used to sit.  The lot, located on the northeast corner of Bridge and Pinnacle has been vacant since Dec. 2012 when the Quinte Hotel burned.

News, Quinte Bill Holland APRIL 02, 2019 - 1:34 PM The company redeveloping the former Hotel Quinte site in downtown Belleville may not be able to get the shovels in the ground this year as early... END_OF_DOCUMENT_TOKEN_TO_BE_REPLACED

Belleville one of the ‘coziest’ cities

Belleville is getting some national recognition from a major travel company as one of the coziest cities in the country.

Expedia.ca has ranked the friendly city seventh on the list of 55 across Canada.

Located along the Bay of Quinte, the Canadian travel service said Belleville might not be the secret gem it claims to be with pretty lapping waters and community vibes making it a truly cozy destination.

The review touted Belleville with ability to make new friends downtown, ‘where all the nicest people hang out;’ an array of festivals like Flavours of Fall, Christmas in the Village and Savour the Chill and Stay Awhile. There is also the ability to rent kayaks or paddle boats from the Bay of Quinte Yacht Club to see the gentle shore from a different angle.

The company planning to build a large condomium development in downtown Belleville is a step closer to starting work at the site of the project.

FairTradeWorks President Jim Perkins said site plan approval for "The Pinnacle" was given the green light at City Hall, and he and his construction team are eager to get shovels into the ground at Pinnacle and Bridge Streets.

Belleville's Engineering and Development Director, Rod Bovay, said the plans have satisfied all city requirements, and paperwork on the site plan agreement will be issued when the company is ready to begin work.

Perkins added pre-sales went well for "The Pinnacle," which will be a six-story mixed-use project, with 110 units, a landscaped courtyard with an outdoor kitchen and barbeque facilities, and other amenities.

He also said it's a very expensive process, so the company had to ensure the project was being well received.

A developer looking to breathe new life into a long-time vacant piece of property in Belleville also has plans to build a housing complex for seniors in Madoc.

Realtors got a first-hand look at 'The Pinnacle' showroom on Tuesday complete with floorplans of the $50 million, six-story building. The 110 unit condo will stand where the former Quinte Hotel in Belleville used to sit. The lot, located on the northeast corner of Bridge and Pinnacle has been vacant since Dec. 2012 when the Quinte Hotel burned.

Jim Perkins, president and CEO of FairTradeWorks, told the crowd at the Empire Theatre his team hopes to get shovels in the ground this summer because there is a need for inventory in the local housing market.

“This kind of inventory is not available right now so just the quality that we are going to bring and the amenities, it is exciting in general,” he said. “It is really bringing a new twist and flare and rejuvenation downtown Belleville needs.”

Mark Rashotte with Royal LePage said with the Century Place condos recently sold this boost in residential units ‘is going to make a huge difference’ in the core.

The Pinnacle units range in price from $205,000 to $507,000. The Pinnacle includes 5565 feet of courtyard and outdoor kitchen space, a meeting/party room, two lobbies, three elevators, underground parking, a car wash, an electric car charging station and a dog washing station.

Perkins, who is originally from Vancouver, admitted at first he wasn’t aware of the rich history that was encased within the former halls of the Quinte Hotel. From the music and the cast of characters who once called the favoured watering hole home, Perkins said he learned about it after the sale. Then he made a point of hiring an architect with a heritage background to develop the site plans. They have applied for site plan approvals through the City.

“We can’t duplicate that (Quinte Hotel) but we put time and effort in it that will fit with the local landscape,” he said.

The Pinnacle isn’t the only development Perkins has on the go in the Quinte Region. He has invested tens of millions of dollars and said that is just part of their business plan.

“This is just the infant stage of what we are proposing for this region and surrounding region,” he said. Currently a seniors living development is under construction in Marmora. An $80 million luxury living and resort development is planned for Marmora along with a $30 million multi-use development.

Perkins also announced they purchased a property at 56 and 64 Durham Street in downtown Madoc where they will build a seniors housing complex next year with 20-22 residential units. He called the decision to get into Madoc a ‘no-brainer’ because the need for housing is there. His company has been working with Centre Hastings Mayor Tom Deline for quite some time.

“He understands what is needed for his town to help drive it forward and help us jump hurdles that developers get scared of in this region,” he said.

“This is a great thing for us,” said Deline. “Putting retirees or families right in the corridor and a couple of nice little commercial spots within walking distance of everything.”

He pointed to the new medical centre coming to the core stating this adds to the appeal for early retirees looking to sell their home and move to Madoc.

“We want everybody to know we are open for business,” said Deline.

Perkins said they hope to start construction next year. The plans still have to come before Hastings County council.

A public viewing of the showroom on Pinnacle Street is happening Thursday at 7 p.m.

Details about a large residential development in downtown Belleville being undertaken by a British Columbia company will be released later this month.

FairTradeWorks bought the former Hotel Quinte site at Bridge and Pinnacle Streets last year, and a presale launch celebration is scheduled for Mar. 22 at the Empire Theatre..

"The Pinnacle" will be a six-storey building offering 110 condominium units, including one bedroom, one bedroom with a den and two bedrooms.

There will also be an electric vehicle charging station, an underground car wash and a raised courtyard with shared barbeque stations.

There is no word yet on when construction will begin, and when the development will be completed.